My Of Course You Can!® book was first published in 2015 and the 2nd (Revised) edition was published in mid-2017. I’m currently busy with a rewrite of the book and the 3rd edition with a new cover and in a different size will be published in March 2020.

At the suggestion of a few people who had read the book, I started presenting workshops based on the book in September 2017. The content of the book has been split into – at least – two workshops – Of Course You Can!®– Setting Off On Your Unique Journey and Of Course You Can!® – Building Your Own Great Business. The workshops are either presented as two stand-alone one-day workshops or as one workshop held over two consecutive days. Details of upcoming courses are posted on this site and on Facebook from time-to-time.

In 2017 I read the book for Tape Aids for the Blind and the audio version is available through their national network. The commercial audio book is not yet available.

The cover of the book has been changed for the new edition.

I’ve always loved sea turtles and it’s really sad that of the seven species in the world five are endangered! According to all the digging that I’ve done no one really knows the exact statistics but some scientists speculate that out of every thousand hatchlings only one survives to maturity! It dawned on me that there are similarities between new businesses in South Africa and sea turtles as it is estimated that only between 3% and 5% survive to maturity!

I’m really keen to assist entrepreneurs so that a far greater percentage survive and become sustainable and successful. 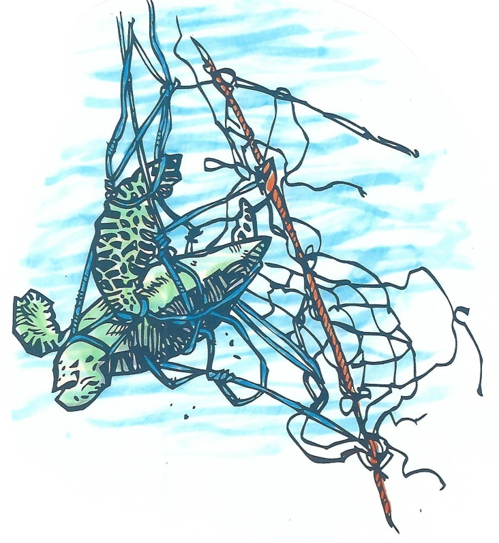 Sadly many sea turtles get tangled in fishing nets and die! This is also true of some businesses who just get stuck somewhere along the line and lose their direction and motivation and either limp along for years or simply close their doors!

Very often these businesses can be saved and I love assisting owners get a second start and chart a new course!

I was born in Cape Town and educated at Rondebosch Boys’ High School, the University of Cape Town, Stellenbosch University and UNISA. After a career as professional soldier in the South African Defence Force where I served in a number of command and operational posts, I left in 1992 with the rank of Colonel, to take up a senior position with a major South African listed company in KwaZulu-Natal. In 1996, some colleagues and I were offered the opportunity to undertake a BEE management buy-out and establish our own enterprise; and I’ve been managing my own businesses ever since. I’m passionate about sharing the lessons that I’ve learnt – often the hard way with like-minded fellow South Africans.